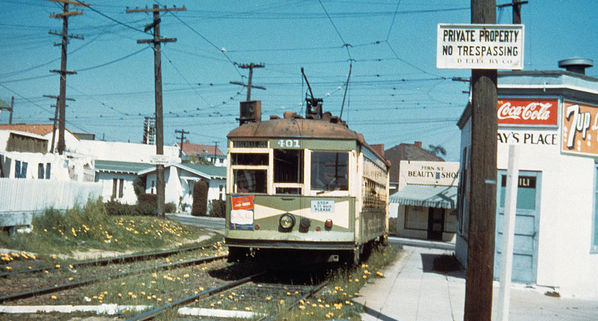 The building—designed by San Diego architect Lloyd Russell and built by Mario Quintero Construction—received the San Diego Architectural Foundation’s Grand Orchid Award in 2009 for its “flawless” use of space, sustainability and preservation of San Diego history. The site was originally a trolley easement and station for San Diego’s No. 2 line from 1929–1948. The old trolley line cut diagonally across the parcel of land, which was incorporated into the design and theme of the restaurant.

The interior was designed by boat-builder-turned-furniture-designer Pat Wilkening of Redcraft Design. The bar top, stools, tables and chairs were milled from 100-year-old 2x4s, reclaimed from the previous tenant Snippy’s Tavern, which operated from 1950–2003. In addition, an average of 30 percent of our electrical consumption is generated by rooftop solar panels.